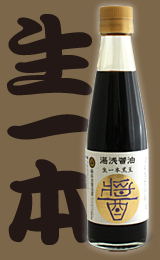 A Staple for Japan's Top Chefs.
Made the traditional way in the birthplace of soy sauce. 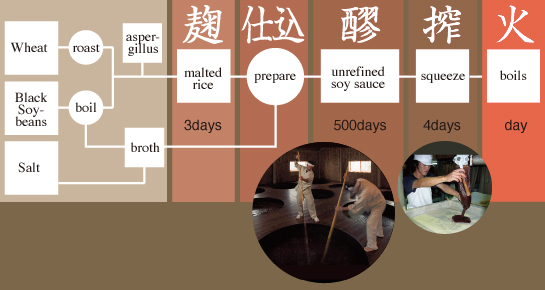 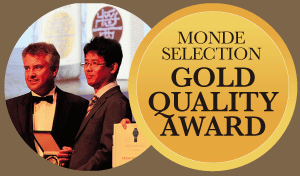 Yuasa Soy Sauce has been received greatly by chefs in Japan and internationally. It has received Belgium's Mondo Selection award annually since 2006 and is being adopted by chefs in Europe, after coming to Japan to trial the different types available. Yuasa Soy Sauce also sits safely at the top of the Japanese official ranking system for soy sauce, which amongst other things, tests soy sauce for its nitrogen content. Higher levels of nitrogen make for a better quality soy sauce.

These days, soy sauce has become a commodity found all around the world. However, for the most part, what is known as soy sauce today only imitates the original. 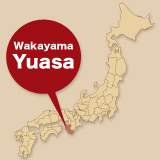 Few people know that 750 years ago, a small town in Wakayama, Japan named Yuasa was the birthplace of soy sauce. Originally, it was discovered by a monk that the liquid produced in the making of miso could be used as a condiment in its own right. Since this discovery, soy sauce was perfected and quickly spread throughout Japan, dramatically influencing the foods created and the tastes of the Japanese people.
The original method was long and labourious, but since the industrial revolution in Japan, the process has been streamlined in order to increase production and lower costs. The increased circulation of this product has, however, stripped much from the taste, aroma and experience of soy sauce. Yuasa has continued to produce soy sauce, adhering to the traditional techniques but on a much smaller scale. In its heyday, Yuasa was home to ninety two factories but now only four remain. Pride in the condiment and the town in which it originated has dropped dramatically as large scale production of soy sauce moved from Yuasa to bigger cities and factories.